Post-Traumatic Stress Disorder (PTSD) is a mental condition that develops following a traumatic event experienced by the patient. The condition may include constant preoccupation with the trauma, nightmares and fears, anxiety and tension, sleeping disorders, rage, and other symptoms.
Having gone through the traumatic event, the person is essentially experiencing it time and again in a way that troubles and interferes with their daily routine which causing emotional pain and difficulties to those closest to the patient.
PTSD was officially recognized as a disorder in the 1980’s, following the impact of the Vietnam War on American soldiers. This important step had launched significant research in the field.
In June 2014, The Israeli Ministry of Health approved the usage of medical cannabis products for treating PTSD patients, thus joining many other western countries that enables such treatment, following extensive research proving that it proves to be highly effective in some cases of PTSD. The Israeli decision is particularly important, as it opens the door for treating soldiers suffering from PTSD after battle and those affected by terror attacks.

Many believe that treating PTSD patients with medical cannabis is meant solely to help relieve tension and treat insomnia and nightmares. But the medical community knows otherwise, since medical cannabis is known for reducing the core traumatic memories.
The scientific explanation relies on the fact that the cannabinoids found in medical cannabis affect parts of the brain involved in learning and memory. The medical cannabis treatment allows the brain to reduce and moderate the outbursts of traumatic memories, which reduces anxiety and minimizes other symptoms. In doing so, medical cannabis enables PTSD patents to fully function and live a trauma-free life.
Traditional PTSD treatment includes antidepressants and psychotherapeutic procedures that reach partial success rates and are accompanied by many unwanted side-effects. Groundbreaking research shows that medical cannabis may be more effective in treating these patients. Research conducted at NYU in May 2018 found that there is a connection between the number of cannabinoids receptors in the brain — which are called CB1 and are activated during the treatment in medical cannabis — and PTSD improvement.

How does one receive a medical cannabis permit for treating PTSD?

First, keep in mind that medical cannabis is the appropriate treatment for only some of the patients suffering from PTSD.  A post-traumatic patient with a history of mental illness, such as psychosis, is likely to be found unsuitable for such treatment, for instance. The same goes for patients suffering from heart failure,  pregnant women, and others.
A PTSD patient can receive their medical cannabis permit only with the approval and continuous guidance of a psychiatrist. The permit request will be submitted only after other forms of treatment proved ineffective and will be reviewed on a case-by-case basis. It’s also worth mentioning that the initial permit is given for a period of six months. You’ll find the complete information regarding the latest regulation related to medical cannabis treatments for PTSD on the Ministry of Health’s website. We predict that alongside research in the field, regulation will continue to evolve and advance in order to improve the lives of people suffering from PTSD with medical cannabis, which proved to be more effective and involves fewer negative side-effects. 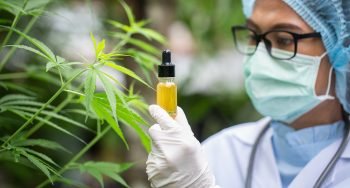